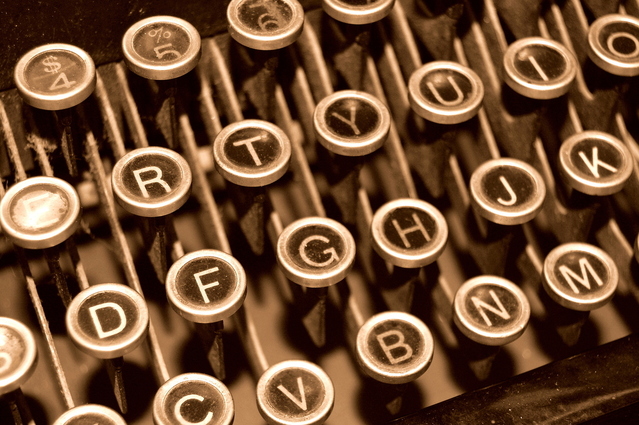 February 11th is National Inventor’s Day. A day to celebrate and thank the men and women whose inventions make our modern day lives so much easier.

At Put Another Way, we are content writers and back in the day, before voice recognition and laptops that weigh a few pounds, some of us fondly remember the typewriter. In the late 1800’s this great invention carried a price tag of about $100 making the cost of our modern computers a little more palatable!

Who Invented the typewriter?

The editors at  //www.britannica.com  share a bit of history and enlighten us on the path of how invention came about.

“The invention of various kinds of machines was attempted in the 19th century. Most were large and cumbersome, some resembling pianos in size and shape. All were much slower to use than handwriting. Finally, in 1867, the American inventor Christopher Latham Sholes read an article in the journal Scientific American describing a new British-invented machine and was inspired to construct what became the first practical typewriter. His second model, patented on June 23, 1868, wrote at a speed far exceeding that of a pen. It was a crude machine, but Sholes added many improvements in the next few years, and in 1873 he signed a contract with E. Remington and Sons, gunsmiths, of Ilion, New York, for manufacture. The first typewriters were placed on the market in 1874, and the machine was soon renamed the Remington.” Read more…

Where would we be?

Arguably, typing on a laptop/computer key board is faster than an old IBM. Auto-correct and editing is faster and viewing the paper as you are writing/tying is simple. Where would we be, especially content writers, without these wonderful machines?

So, we thank Mr. Sholes for his forward thinking, and relish in the ease in which we perform our jobs every day.

That doesn’t mean we will get rid of our old typewriters. They serve as a reminder that there is a better way to do things and taking a little risk to follow an idea or passion is often times worth the trip.