We believe that your voice should be heard and represented throughout your brand. Writing in a voice that best reflects a client’s brand and beliefs creates the finest and most pertinent content. 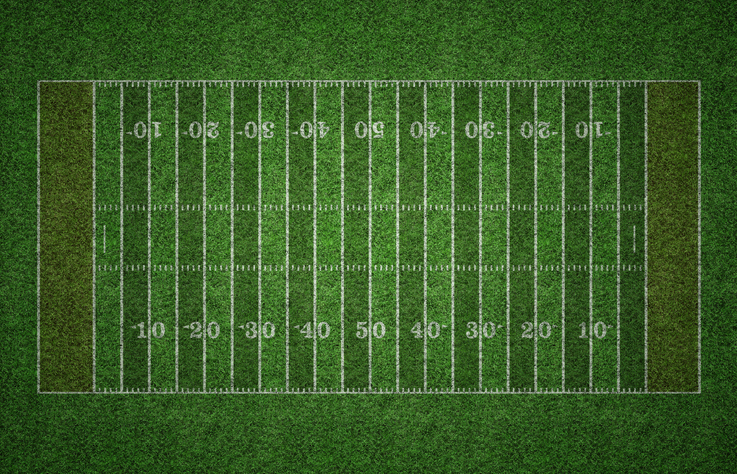 At Put Another Way, we do love sports yet sadly for us, we are Buffalo Bills fans and have not seen a Superbowl since 1994. With the big game coming this weekend, we thought we would look into some terms and fun facts about football.

Why is the football field referred to as a gridiron?

We found a good explanation on the site Big Game Football Factory:

To understand where the popular term “gridiron” originated, first we have to go back to the 14th century, when the word became commonly used to describe a metal grid for cooking over a fire. Now fast-forward to the late 19th century and early 20th century, when football as we know it today was just starting to distinguish itself from older, related games like rugby and associate football (now known as soccer).

In addition to the use of hard plastic helmets and shoulder pads, the forward pass, a line of scrimmage and other unique traits, one of the most defining characteristics of football was the playing field. Until the early 1920’s, football fields were marked in a checkerboard (or grid) pattern, resembling a gridiron.

In a 1911 issue of Outdoor Sports and Games, sports writer Claude H. Miller forever cemented the term “gridiron” to this new-fangled sport when he wrote:

“The lines on a football field make a checkerboard effect and have given to the field the name of ‘gridiron’.”

Indeed, they do and here are some football terms and fun facts straight from our friends at the Oxford Dictionary:

A bootleg is a play in which the quarterback fakes a handoff to a running back and runs with the ball hidden next to his hip. The term comes from the smugglers’ practice of concealing bottles of liquor in their boots.

A buttonhook is a play in which a pass receiver runs straight downfield and then doubles back sharply toward the line of scrimmage, which approximates the shape of a ‘button-hook’, a small hook with a long handle for fastening tight buttons.

A squib, or squib kick, is a kickoff that travels only a short distance, typically as a strategy on the part of the kicking team and usually with the hope of preventing a long touchdown return. The word squib originally referred to a type of small firework, and also gives us the British expression ‘damp squib’, meaning a situation or event which is much less impressive than expected.

We wish you all a safe and happy viewing and celebration of Super Bowl LIII.  With ticket prices ranging between $2,500 and $3,000, we will be watching from up north.

Why is it called a gridiron?